A trek after long long time. As usual it was with BTC. And as usual it turned out awesome day spent with bunch of enthusiastic, energetic and encouraging trekkers. We assembled at Majestic and took a bus to Madhugiri. We were behind schedule a bit but we more than made up with our speed trek and had time to spare when we came back. 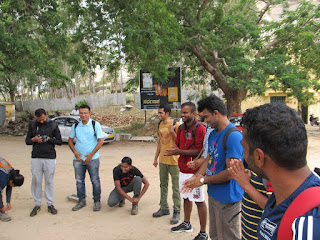 Before starting, as usual we had introductory round, forming a straight circle. There were four S[au]ndeeps and we took to assigning a number to our names :P Many first timers with BTC and some first time trekkers as well! And our organizers Srikanth and Dinesh kept their promise - everybody did finish the trek and enjoyed a lot. 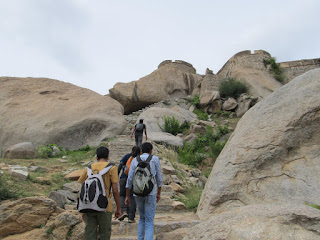 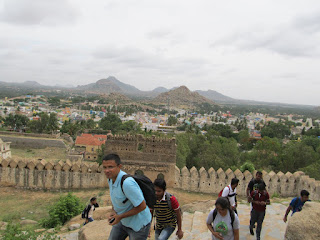 It was a cloudy day and that helped a lot throughout the day. We started briskly, despite few joking complaints about steps and carved footholds. The ruins of fort made for many photo-shoot opportunities. 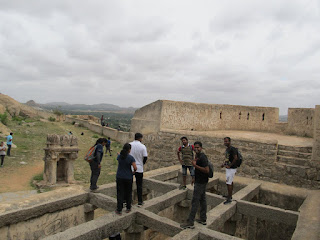 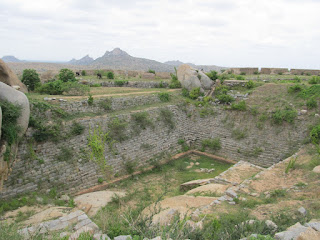 Many other trekkers were descending while we had just started, must have come very early in the morning. We took breaks often to get acclimatized with the climb. Our organizers co-ordinated very well to accommodate both newbies and experienced trekkers. Group photos helped too :P 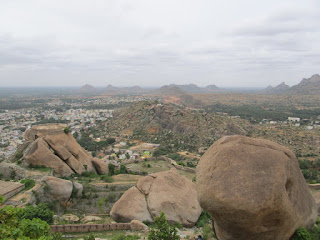 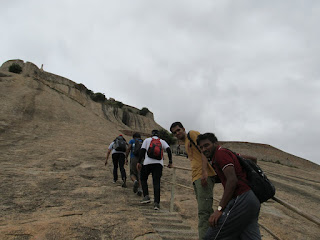 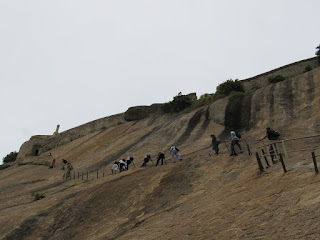 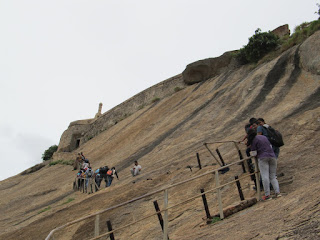 About an hour, came the first of false peaks. As well as the most dangerous portion of trek, be it going up or coming down. Compared to railing support when I first came here in 2010, it was better now. But one stretch in middle was missing with just a flimsy rope. Again, Dinesh and Srikanth were at the forefront in helping. While everybody else encouraged (in the form of funny jokes and morbid endings) 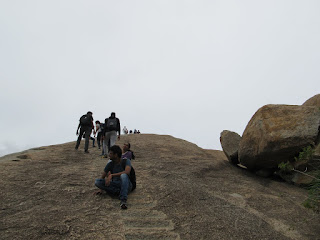 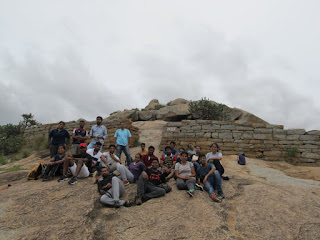 With the weather being so pleasant, we didn't need much in terms energy replenishment as just simple rest for few minutes before trudging ever higher. As everybody mingled and kept consistent chatter, we didn't much worry about when we would reach peak. 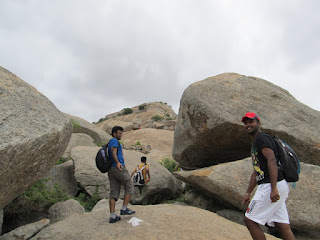 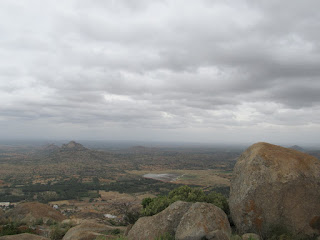 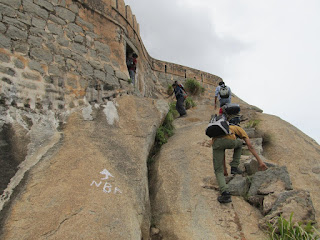 After another hour of climb and two more false peaks, we reached the top. We also met many more trekkers coming back. Before going to explore the ruined fort at top, we spent some time at entrance relaxing and various ways to take photo. 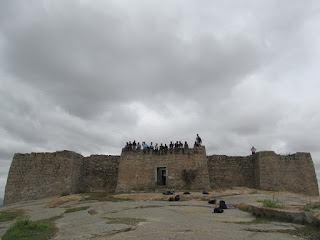 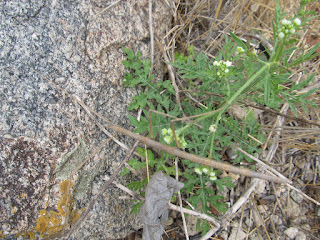 Potluck is the best lunch to have on treks. So many different dishes to choose from (even if many did bring tamarind rice, they each had different flavor :P) and topped by sweets and biscuits (Thanks in large to Sandeep number 4, alias Kesar Sandeep) 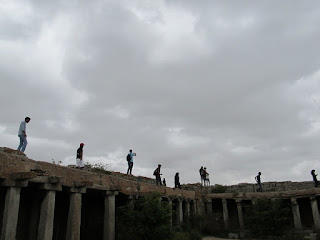 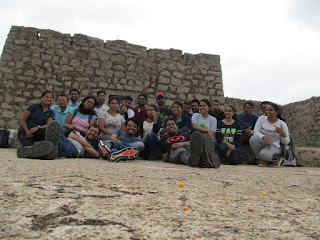 We played a round of Dumb Charades (no teams, just fun) before starting our way back (prompted by light rain in the distance). As usual, descending was trickier and took time to adjust to going down sideways for better balance. 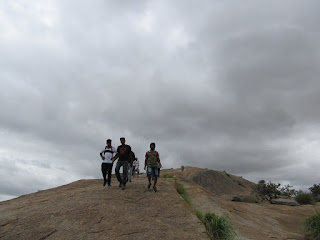 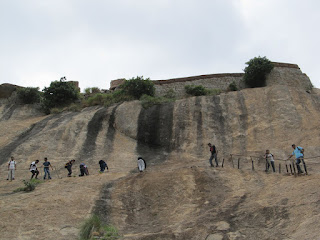 The dangerous section was even more fun coming down. Shorter people found it easier to navigate while taller ones had to lean and take each step carefully. This section alone would make this trek memorable for years to come. 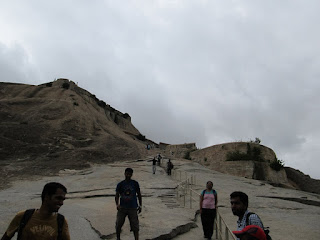 As we neared the base, rain decided to bless us too. Even the slight drizzle made negotiating the steps trickier. Saved by 15 minutes I would say :P Before going to bus stand, we had our feedback session. Everybody had positive things to say and some suggestions as well.

After refreshing and relaxing a bit, we caught a bus back to Bengaluru despite some of us having to stand. We kept up our chatter to pass time. At Dasarahalli many got down to catch metro instead of spending more time stuck in traffic. All in all, so good to be back trekking :)
Posted by Sundeep at 10:40 AM

Excellent :) , thanks for your pics as well Sandeep1 here :p