Mini reviews for books read in April and May


Maddie Hatter and the Deadly Diamond ★★★★ 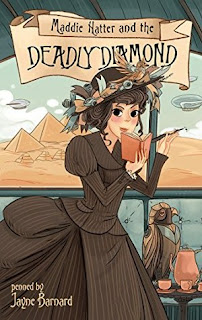 I was looking for a change from usual action packed saving-the-world fantasy. This is more sci-fi steampunk than fantasy, but you get the point. Was on my TBR from long time and felt like it was time to read this. The mystery/detective aspect didn't draw me in much, perhaps I had high expectations. Characters were delightful and the setting would appeal to classical readers. Plus, the illustrations were top notch. If you like this, do check out the sequels as well.

I signed up as beta reader on reddit for this early draft copy. This would interest those looking for small scale conflicts rather than wars. The magic system was interesting and had a lively feeling to it. Best of wishes for the author to get it published. 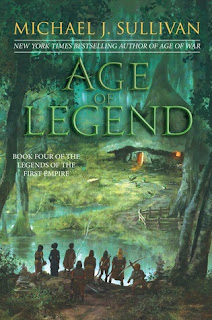 This the 4th book in The Legends of the First Empire series. Releases next month, but I was lucky enough to nab a gamma reader spot (which was a satisfying experience, hoping to continue with more books in future). The series can be read as 2 trilogies, the 3rd book had a solid ending and this one starts a bit slow compared to pacing in earlier books. Split into 3 parts, this book has time skips too, and personally I felt some more things could've been added to first 2 parts to make the transition easier.

Characters continue to be the strong point of the series and this book had an interesting development wrt some side characters from earlier books - the highlight of the book for me. The sudden cliffhanger ending was kinda odd, but looking back I'd say it was the best choice taking into consideration what can be expected in next book. The next two books are expected to be released in less than a year, that helps too. 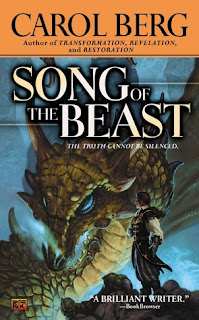 Discovering that you like a book from an established active author is always a good feeling. My TBR list increases at a rate far greater than my reading speed. But knowing that you can trust an author after just one book always helps when you are looking to choose a book based on your current mood.

This book is about a musician who was falsely imprisoned and his bond with dragons. There's politics and war and intrigue and an interesting race as well, but to me Aidan and his story was the highlight of the book. It is a standalone as well, do check it out if you want something different than usual tropes. 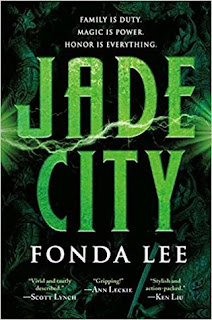 Well, this was not my kinda book. Don't remember on what basis I had added it to my TBR, but I think it was a recommendation to readers who enjoyed Cradle (Asian culture, power levels, etc). Anyways, if you feel something like Godfather in Asian fantasy setting sounds interesting, then you should check this out. 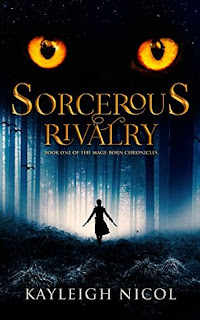 The book is aptly named, but it was a rude shock when the first fight came up suddenly. I liked the main POV character (and his application of tricks with magic), and few other characters, but not so much the other main character. The revelations at the end helped clarify a lot about that character, but I'd have liked if it had been brought up much earlier. I've read books with LGBTQ+ characters before, but I think this was the first with romance to such lengths. Honestly, it felt awkward to the point of spoiling the enjoyment for me, which I guess puts things in perspective as well. The magic system was interesting, though a few more details would've been welcome. 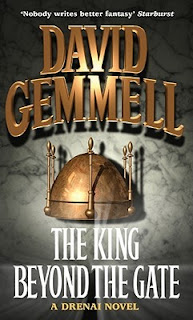 I liked this, but felt the plot was a bit too similar to Legend, which I had read a while back. The main antagonist had plenty of build up, but had nothing to show for in terms of action. As usual, the author's writing shines and pacing keeps you turning pages.


The Traveler's Gate and Chronicles ★★★★ 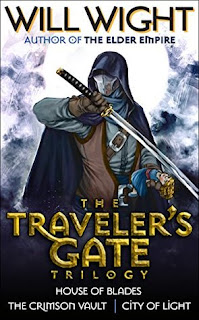 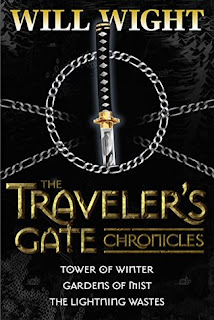 
However much I liked Brandon Sanderson's books, reading them back to back is a mistake that I'm trying to avoid with other authors. That surely helped with The Legends of the First Empire series and now with Traveler's Gate too. Having read all of Cradle series, I waited before starting this. I actually wanted to read even later this year, but mood and the fact that this was a complete series made this irresistible.

This is a fun portal fantasy series. The main character is a likeable young protagonist who trains and becomes a fiercesome fighter. There's plenty of action scenes and fast pacing means you could easily finish the trilogy and short stories in about a week. Among others, I liked the creepy, insane character the best. Somewhat like Sanderson, Will Wight's writing has improved over time - this being his first published series, felt a bit unpolished. That said, I'm so looking forward to more books in this setting. 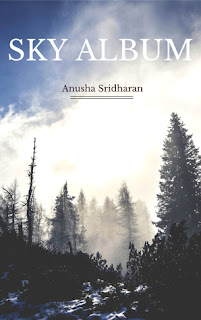 Quite a change to read this, I'm mostly into fantasy fiction. Having met the author in a meet up, I decided to check this out. The pics were are all nice - though I wish there were more, like sky with kites, tall buildings, sunrise among the mountains (having captured a few myself on treks), etc.

I'm not much into philosophical stuff these days, so the accompanying text were a bit lost to me. Still, I could feel some of the emotions the author was conveying and you are sure to come away feeling positive after reading this short book.